The Kashmir Files Trailer Out: The story of the Kashmir massacre will come out, the soul will tremble after seeing the ‘brutal’ reality-filled trailer! 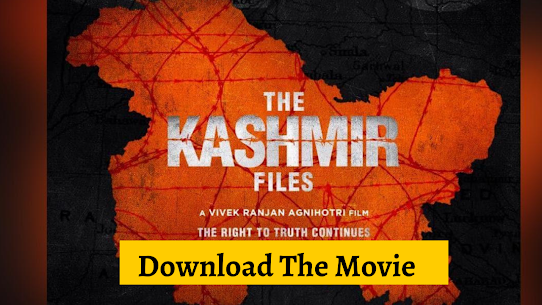 In this trailer, the audience is shown a glimpse of the terror, confusion, and horrific panic that prevailed in Kashmir at that time, ‘The Kashmir Files’ trailer takes you on a rollercoaster of emotions.

Shot from the trailer of The Kashmir Files

The Kashmir Files Trailer Released: The Kashmir Files trailer has been released. Viewers are giving tremendous reactions after watching this trailer. It is being said that the soul will tremble after watching the trailer of this film. So someone said – the whole truth will be seen in this. Let me tell you, after the stronghold of ‘The Tashkent Files’, producer Vivek Agnihotri has come up with yet another shocking, interesting story based on the true stories of the victims of the Kashmir Massacre. And are back with the brutally honest movie.

what’s in the trailer

Giving the viewers a glimpse of the terror, confusion, and horrific panic that prevailed in Kashmir at that time, the trailer of ‘The Kashmir Files’ takes you on a rollercoaster of emotions that unfolded during the tragic incident. The film will also see a powerhouse of talent including National Award winner Pallavi Joshi, Prakash Belavadi, Anupam Kher, and Mithun Chakraborty and acclaimed names like Darshan Kumar, Bhasha Sumbali, Chinmoy Mandlekar, Puneet Issar, Mrinal Kulkarni, Atul Srivastava, and Prithviraj Sarnaik among others.

What did filmmaker Vivek Agnihotri say?

Director Vivek Agnihotri says, “Bringing the story of the Kashmir genocide on the big screen is no easy task and had to be handled with great sensitivity. The film promises to be eye-opening and with a talented ensemble cast, viewers can re-watch this event in Indian history through this RAW and Real Narrative. ,

Apart from Anupam Kher, actress Pallavi Joshi will be seen in the film.

Abhinetri Pallavi Joshi further adds, “A film is as good as its script and with The Kashmir Files the audience can really feel and tolerate the emotions the characters go through. Everyone in the team has completely immersed themselves in their characters as actors and is committed to telling this shocking and sad story. ,

Know when ‘The Kashmir Files’ is releasing

Also read:  Prabhas took food on the sets after preparing food for Amitabh Bachchan, Big B was surprised to see homemade food; said this thing