What is MotherBoard and how does it work?

The motherboard is the main printed circuit board (PCB)  of a computer. Saying this, you can also call the motherboard the central communications backbone connectivity point of the computer, through which all the components and external peripherals are connected or connected.

You must have seen that a device that connects all the equipment, which keeps all the components connected together, it is called Motherboard. The motherboard allows all parts of a computer to receive power and communicate with each other.

But nowadays there have been many changes in the motherboard, in which many features have been added, due to which the capabilities of the computer and its ability to upgrade have increased to a great extent. Today we will learn about this topic, what is Motherboard and how it works. Then what’s the delay, let’s start.

The motherboard is the backbone of any computer, it is such a link that all the components are connected to each other as if it is working as a hub, through which other devices of the computer are connected. They come in different formations according to the needs of a user so that they can fit in their needs, budget, and speeds. 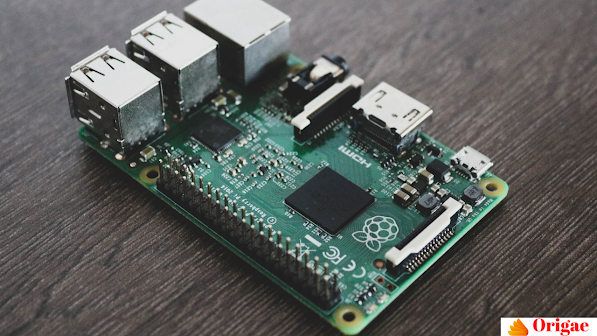 Mainly, it is a PCB (Printed Circuit Board ) that holds the various components of the computer so that the computer can be functional. Components like CPU, RAM, Hard Disk as well as TV Card, Graphics, etc.

Everything is first connected with the MotherBoard. The motherboard itself enables this function that everyone should get proper power supply so that they can do their work properly.

Now let’s know what are the different functions of Motherboard:-

How to Choose MotherBoard

Motherboard alone is of no use, but it is of great importance to operating the computer. Its main job is to hold the microchip of the computer, as well as to connect all the other components together.

All those things that help the computer to run or increase its performance, it is either a part of the motherboard itself or it is connected with any slot or port.

The shape and layout of the motherboard are called the Form Factor. With the help of this form factor, it is decided how the motherboard should be designed. By the way, there are many specific Form Factors, using which standard motherboards of different types are made.

If seen, there are many types of motherboards, such variation is because its design, cases, power supply, and size are made according to the requirement.A motherboard that a specific manufacturer makes may support a single variety of CPU and some memory. For this reason, the motherboard should be selected with a lot of thought, not all motherboards support all types of components.

That is why choosing the right motherboard is very important. That’s why I have mentioned some important things below so that you can get some idea about it for the right choice.

A very important feature of the motherboard is the socket that holds the CPU. Different boards require different socket connects and not all processor pins are the same. It will be known from this socket itself which model’s processor will be fit in this motherboard.

What type of motherboard are you using, it shows how much amount and which format of RAM you can use. Normally the memory of Boards is limited as to how much amount of RAM they support. But it would be best if you take a board that supports more RAM than you need so that you can upgrade it later.

The layout of any motherboard is called Form Factor. This form factor shows where the various components should be placed and it shows the design of the computer. Although there are many standards of Form Factor, it is used according to the requirement of the user.

A bus in a computer means a path by which one component in any circuit connects with another. The speed of any BUS is measured in MegaHertz(MHz). It is known from the speed how much data can pass through that bus. The better the bus, the faster and more data can be transferred, that is why the better calculation

Expansion slots are those hardwired options so that we can add additional components to the motherboard. If you have to upgrade your system in the future then you must think about it. The more you have extra slots, the more components you can attach.

Gradually Motherboard is becoming even better and faster, along with its cost is also decreasing. As the world is changing, the needs of the people are also changing, that is why the shape, size, and speed of the motherboard are all changing. The day is not far when we can make motherboards according to our mind.

what did you learn today?

I request all of you readers that you also share this information in your neighborhood, relatives, your friends so that there will be awareness among us and everyone will benefit a lot from it. I need your cooperation so that I can pass on more new information to you guys.

It has always been my endeavor that I should always help my readers or readers from all sides, if you people have any doubt of any kind, then you can ask me without any hesitation. I will definitely try to solve those doubts. How did you like this article, what is Motherboard and how does it work, do tell us by writing a comment so that we too get a chance to learn something from your thoughts and improve something.