What is Muharram and why is it celebrated? 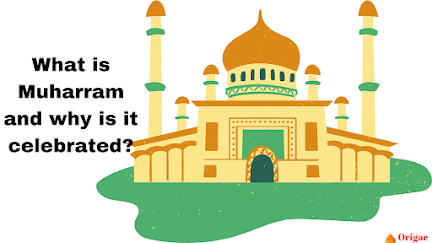 Who are Shia Muslims and What is Muharram

and why is it celebrated?

In the date of Islam, there has been a custom of choosing the main leader of the Muslims of the whole world, that is, the Caliph. In such a situation, four caliphs were elected after Prophet Muhammad. People decided among themselves to choose a qualified person as the Caliph for administration, security, etc. Those who chose Hazrat Ali as their Imam (religious leader) and Caliph, they are called Shiane Ali i.e. Shia. Shia means supporters of Hazrat Ali. In contrast, Sunnis are those who believe in the choice of the four caliphs as correct.

Yazid made himself Caliph.

About 50 years after the death of Mohammad Saheb, the time of grave tyranny came in the Islamic world. Far from Mecca, the governor of Syria, Yazid, declared himself caliph. The modus operandi of Yazid was like that of emperors. Islam was not accustomed to it then. There is no concept of kingship in Islam. There is only one ‘Badshah’ of earth and sky considered to be Allah. Imam Hussein, the grandson of Prophet Muhammad sitting in Mecca, refused to accept Yazid as Caliph.

As soon as he came to power, Yazid wrote a decree to the governor of Medina, Waleed son Attuwa, “You call Imam Hussein and ask him to follow my orders and bring to mind the principles of Islam. If he does not agree, then Imam Hussein’s head should be beheaded and sent to me.

Waleed son Atuwa called Hazrat Imam Hussain to the Raj Bhavan at night on 25 or 26 Rajab 60 Hijri. He told Yazid’s decree. Imam Hussain told Waleed, “I cannot obey the commands of Yazid, an adulterer, corrupt and disobedient to the Messenger of God.”

After this Imam, Hussain reached Mecca Sharif, so that he could complete the Hajj pilgrimage. But even there Imam Hussain Sahib was not allowed to rest. Yazid sent his soldiers as passengers to kill Hussain.

Imam Hussain came to know that Yazid had sent soldiers to kill him. Mecca is a holy place where the killing of any kind is forbidden. It is a principle of Islam.

Keeping in mind that there should be no bloodshed in Mecca, Hussein performed a sub-practice of Hajj, which is Islamic called Umrah. Hazrat Hussain then went to Iraq with his family.

Hussain reached Karbala with his family and friends on the 2nd 61st Hijri of the month of Muharram. He kept telling Yazid’s army about Islamic principles till the 9th, but his words did not affect the army.

When he did not agree, Imam Hussain said, “Give me one night’s time so that I can worship Allah. Yazid’s forces granted Hussain one night’s grace. That night is called ‘Raat of the Asuras’.

Hazrat Imam Hussain Sahab worshiped Allah with his family and companions that whole night. On the morning of the 10th of Muharram, Yazid’s general, Umar Bil Saad, fired an arrow saying, “I shot the arrow first.” After that, the fight started.

72 followers of Hussain were killed in the battle. Only they were left alone in the field. Hearing the noise in the camp, he went there and saw that his 6-month-old child Ali Asghar was suffering from thirst. He picked up the child in his hands and brought it to Maidan-e-Karbala.

Hussain asked Yazid’s forces to give the child some water to drink. But in return, an arrow came from the army and hit the child’s neck. The child died in agony at the hands of the father.

The religious festival Festival of Asur is a festival of Shia Muslims. There is a Shia pilgrimage site in Karbala, southwest of the Iraqi capital, Baghdad. Here are the pilgrimage sites of Imam Hussein and Imam Abbas.