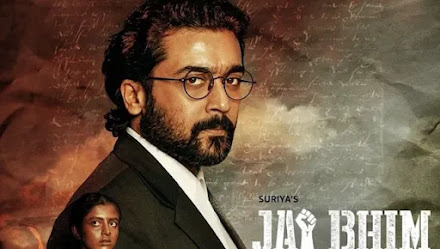 In the judicial history of the country, a petition filed in the Madras High Court in the year 1993 caught the attention of not only Tamil Nadu but the entire country. The matter at its root would be seen as the highest inhuman cruelty in any humanitarian system in the world.

To go through the experience of that inhumanity, you can watch or Google Suriya’s film Jai Bhim. I also came to know for the first time through Suriya’s film about the Irula community and the horrors faced by them for centuries.

The horror is not like that either. Seeing this, even the hardest of hearts will be filled with hatred and personal remorse against inhumanity. Private because responsibilities and responsibilities are no longer collective.

For the first time after watching Jaibhim, the country’s politics, especially in Tamil Nadu, is deeply disappointed about Periyar’s achievements and the reason for this. That principle has to be accepted that our politics and system simply create symbols and make gods. We start worshiping Buddha as God but forget to follow his words.

We open a front against the mistakes and crimes of others but do not dare to question ourselves. And this is the reason that in the name of change, the governments keep tricking us year after year through symbols. If it is not so, then the Irula incident should not have been shown at least in Tamil Nadu.

This is the state which gave the first and most powerful ideological and political reaction against casteism. But what did he achieve 28 years ago in 1993? A scene from Jayabheem Tamil Nadu politics is transformed on the ideas of Periyar and Dr. Bhimrao Ambedkar. At the top of the power are the followers of Periyar.

The two factions of Dravidian politics continue to be in power and the most marginalized community in the same state—the Irula—doesn’t even qualify as human beings.

The story of the period in which the story of the film Jayabheem tells, at that time the advocate of Dravidian politics in Tamil Nadu’s power, J. Jayalalithaa was the chief minister. And in opposition was sitting Dravidian revolutionary M Karunanidhi. I’d like to apologize Both the leaders are dead but what were they doing then?

Based on the agenda on which Jayabhim has been made by director TJ Ganvel, one can argue that the Chief Minister was a Brahmin. But the question is who was in the opposition then? The battle for the Irula community in Chennai is being fought by a lawyer named Chandru (Suriya, Surya) with whom a handful of quack leftists are standing.

Where were the opposition factions based on Karunanidhi and Dravidian foundations? If they were, then why did Ganvel show it and it was not, then it was expected that he would tell the reason for it somewhere in Jaibhim.

It is a matter to think that in a state where Dravidian politics dominates both the sides and the opposition, who and what caste is the sarpanch of that state – whose power is available to politics and even big officers. He doesn’t look minor in any way. But Ganwell has not spoken on these things.

The absence of the role of the then Dravidian politics in the incident about which Jaibhim was woven directly confirms that Jaibhim is, in fact, an agenda-oriented and propaganda film. And no one can get rid of it other than the niggers. Because the politics of Tamil Nadu was completely under Dravidian ideology for many years before a community was being subjected to extreme inhumanity because of only minor caste.

Is it not to be accepted that due to all the social movements against casteism, there was a change in the sharing of power but it failed in its real purpose. Periyar remained just a symbol for Dravidian politics. And as a result of this, in the wind of ideological change, some of the upper castes were replaced by the lower caste castes or they also joined the same wind by sharing power with some of the lower rung castes and they all joined together.

That change was never allowed to go down to a certain extent. In fact, his character also rested on the same foundation on which his politics was built. This is a legitimate question, on which instead of a solid debate, arguments are made like in Jai Bhim. And after watching Jaibhim, the reason for the formation of these things in my mind are the following seven questions.

These questions also become important in the sense that Mandal Commission was implemented in the country. And all the parties of Tamil Nadu were in his advocates. Even the parties who took the path of separatism in the name of Tamil identity did not feel that the Irula community was also a part of the same identity they do politics.

As a film on a sensitive subject, Jayabheem’s texture appears to be very modest compared to other Tamil films that had come before it until recently in terms of ideology. Other Tamil films on caste supremacy do not have such veils.

The bitter reality of caste cannot be denied. But the then politics and its syndicate, which comes out as the biggest reason behind that incident, made it not equivocal but disappeared. What did Ganwell think? The whole incident of 1993 was mass passivity. Ganwell stuck him at one point and threw dust directly in the eye. And now for the same he also wants to congratulate on his back.

After all, for how long will we keep away from collective responsibilities and work to make people fool and provoke them by fabricating unnecessary things and symbols. This is not a cure. Canwell didn’t really try to explain the things behind what happened 28 years ago. Didn’t want to do it. That is why despite the court’s just decision on the mistake committed 28 years ago, no one is ready to fix collective responsibility.

Ganvel’s effort against caste through Jayabhim is similar to the way that today if someone says that the British would have lived in India for 100 more years, then the modern development of the country would have been much better than the current level. Or that Jawaharlal Nehru becoming Prime Minister is responsible for the increased petrol prices.

Those who think that Ganvel has made a scathing attack on the casteist syndicate of the society and the power system on humanitarian grounds through Jayabheem, in fact, are people involved in the business of hatred based on casteism. They do not advocate an end to the supremacy of any caste but are parallel people looking for personal opportunities in the domination of another caste. Canwell forgot that in the caste system the experience of suffering of every caste is completely different from the others. Sufferings cannot be put in a line.