How the ocean was born, know interesting information. 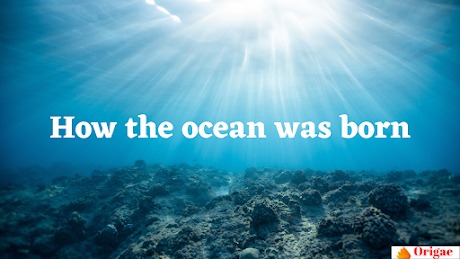 The ocean is also called by the names of Sagar, Payodhi, Uddhi, Paravar, Nadeesh, Jaladhi, Sindhu, Ratnakar, Varidhi, etc. In English, it C (sea) adds great ocean called the ocean (ocean). Earth is not even a particle of dust in the universe. Suppose if the Earth is equal to a particle of dust, then the Sun will be equal to an orange.

Even today there is more than 70 percent water on this earth. This earth has carried water 10 times more than the weight of the earth. The human population lives on only 20 to 25 percent of the earth, most of which are forests, deserts, mountains, and rivers. There are heaps of mysteries on this 20 to 25 percent part. In such a situation, humans have not even been able to see 70 to 75 percent of the ocean in its entirety.

Not just saltwater: The oceans, spread over 70 percent of the Earth’s surface area, are basically a continuous body of saltwater, that is, its water is not at all potable. After bathing in it for some time, your body will become sticky. Man cannot live in seawater for long. Although for this he has developed marine suits. Still, it has to be said that some ocean water is not only salty, at some places it is sweet, but not fit to drink.

How did the ocean originate?

This is a bigger topic. It is difficult to understand or explain it in one page but still, here we try to understand in brief.The story of the birth of each ocean or ocean is different. This was also possible due to the sliding of the tectonic plates under the Earth. Scientists estimate that the ocean must have been born between 500 and100 million years from today.

Actually, it is difficult to estimate how the giant pits of the earth were filled with water. On the other hand, how such huge pits were formed is also a big question. Scientists say that when the Earth was born, it was a ball of fire. As the Earth gradually cooled, clouds of gas spread around it. As it cooled, these clouds became very heavy and they started raining continuously. This happened for millions of years. These huge pits of the earth’s surface filled with water were later called seas.

Think of it in this way that even during that hot period, water was produced in the form of gas due to the combination of oxides of minerals and hydrogen released from the earth in the atmosphere. But it could not become liquid. As the Earth’s atmosphere gradually cooled, this vapor took the form of clouds. After this, it rained heavily on the earth for a long time. This water rose as steam and condensed and rained again. Volcanoes were erupting and the earth’s crust was being formed. Slowly, naturally, water started making its place.

70.92 percent of the Earth’s surface is covered by the sea. This means that there is an ocean in about 36,17,40,000 square kilometers of the Earth. The world’s largest ocean is the Pacific Ocean with an area of ​​about 16,62,40,000 square kilometers. This is 45.8 percent of all the world’s oceans. Within the Pacific Ocean lies a mysterious world of water creatures that are still being explored. The calm ocean is the deepest ocean in the world. Its average depth is 3939 meters. If we talk about the ocean except for the ocean, then the largest sea in the world is the South China Sea, which has an area of ​​2974600 square kilometers.

What Is Satta Matta Matka

The depth of all oceans is considered to be different. Although the mystery of the depth of the oceans still remains. The depth of the ocean is very cold, dark and sometimes due to high pressure, oxygen here also becomes very less. The pressure felt on Earth is 1,000 times greater in the depths of the ocean. So much pressure that even biochemistry fails here. The truth of this pressure is that less than 1 percent of the living spaces on the ocean floor have been discovered so far, where animals and animals live.