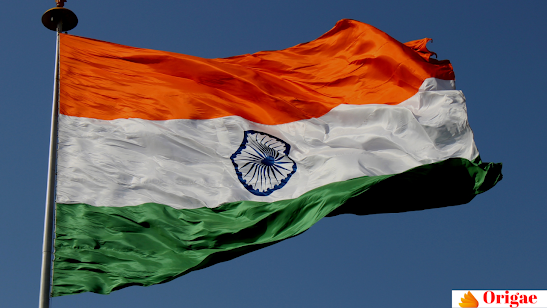 Rules and Important Information Related to Hosting The Flag | Flag Flying Guidelines Rules and Important Information – In our country, the flag is hoisted on Independence Day and Republic Day. But do you know that there is a law named ‘Flag Code of India‘ in the country, in which some rules and regulations have been prescribed for hoisting the tricolor? There are very few people who know about it in the general public. Let us know the necessary guidelines, rules, and important information related to hoisting the flag-

1. If a person is found guilty of unlawfully hoisting the tricolor under the ‘Flag Code of India’, then he can also be jailed. It may extend to three years, or with fine, or with both.

2. The tricolor should always be of cotton, silk, or khadi. Making plastic flags is prohibited.

3. Under no circumstances can a torn or damaged flag be flown.

4. The construction of the tricolor will always be in a rectangular shape. The ratio of which should be 3: 2.

5. The flag cannot be used in any kind of uniform or decoration.

6. It is illegal to make or write anything on the flag.

8. Under no circumstances should the flag (tricolor) touch the ground.

9. When the flag is torn or becomes dirty, it should be destroyed completely in isolation.

10. The flag remains half-masted only on the occasion of national mourning.

11. No other flag can be raised or placed above or above the national flag.

12. When the tricolor is torn or the color is blown, it cannot be hoisted. To do so is considered an offense to insult the national flag.

13. When the tricolor is torn, it is secretly burnt with respect, or a water samadhi is given in the holy river.

14. The flag taken down from the mortal remains of the martyrs is also burnt with respect secretly or a water samadhi is given in the river.

15. The first flag made of red, yellow, and green horizontal stripes was hoisted on 7 August 1906 at Parsi Bagan Chowk (Green Park), Kolkata.

16. The national flag of India was designed by Pingali Venkaiah.

17. The tricolor that is currently being hoisted was adopted on 22 July 1947. Earlier it was changed 6 times.

18. The flag made of 3 parts has equal strips of saffron at the top, white in the middle, and green at the bottom. The ratio of the width and length of the flag is 2 and 3.

21. Amendment was made to the Flag Code of India on 26 January 2002. After this people got permission to hoist the tricolor in their homes and offices on normal days.

22. The highest tricolor was hoisted on 23 January 2016 in Ranchi, the capital of Jharkhand. This tricolor of 66 * 99 sizes was hoisted at a height of 493 feet above the ground.

23. A small tricolor is kept in the museum of Rashtrapati Bhavan, which is built on a gold pillar studded with diamonds and jewels.

24. “Hubli” located 420 km from Bangalore is the only licensed organization in India engaged in the manufacture and supply of flags.

25. On 29 May 1953, the national flag of India was seen hoisting the tricolor on the highest mountain peak, Mount Everest, along with the Union Jack and the Nepalese national flag, at this time Sherpa Tenzing and Edmund Mount Hillary had conquered Everest.

26. For the first time on 21 April 1996, Squadron Leader Sanjay Thapar raised the flag of the country in the North Pole by jumping from a height of 10000 feet from the Mi-8 helicopter, raising the glory of the tricolor.

27. In 1984, Wing Commander Rakesh Sharma made the first flight to space carrying the Indian national flag.

28. Indians also hold the world record for making a human flag by 50,000 volunteers in Chennai since December 2014.