What does new research say on the possibility of life on Mars? 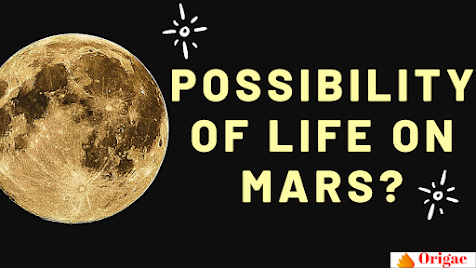 After Phobos, NASA sent Pathfinder, Sojourner in 1996, and Curiosity rover in 2011-12, which is still working. This year, rovers from the US and China will land on the surface of Mars. Apart from this, the Rosalind Franklin rover will be landed on Mars in 2023.

What was NASA Say?

Recently, NASA’s spacecraft Mars Reconnaissance Orbiter has sent many pictures to confirm the hypothesis that there may have been life on Mars and there is a possibility of life there even today.

The spacecraft Mars Reconnaissance Orbiter has surprised everyone by sending pictures of ‘layers of ice’ on Mars. NASA has posted these pictures on its Twitter handle. Earlier, NASA’s Perseverance Rover and Ingenuity had sent astonishing pictures in which the mountains and stones of Mars are clearly visible, as well as the color of the rocky land.

While Ingenuity took pictures of the Perseverance rover while flying over the surface of Mars, it also took many other pictures. These pictures are colorful. Ingenuity is a mini-helicopter rover.

With the successful flight of NASA’s helicopter to Mars, along with it, the hard work of the US space agency NASA, which has been going on for almost 6 years, has become successful today. This is the first time in space history that a helicopter has flown on another planet.

Does Really possible to live on Mars?

However, this time the spacecraft Mars Reconnaissance Orbiter, which is circling around Mars, surprised everyone by sending colorful pictures of the icy region of Mars. In these pictures, large icy lakes are visible at the South Pole of Mars. After examining these pictures, the scientists of NASA’s Jet Propulsion Laboratory have also been surprised.

NASA has written on its site that where there is water, there is life. But this principle is applicable only on earth. That’s why our scientists are searching for liquid water on the dry land of Mars. Although searching for water on the Red Planet is not so easy. Looking from afar and examining the photographs, it is known that there is an abundance of ice at the South Pole of Mars.

Earlier in the year 2018, scientist Roberto Orosi of Italy’s National Institute of Astrophysics discovered icy lakes below the surface at the South Pole of Mars. He gathered evidence of this from the European Space Agency’s Mars Express orbiter.

When closely examined these pictures and radar signals, it was found that it could also be clay soil. It has now been claimed in new research papers that clay may also be a major contributor to the drying up of lakes on Mars.

Significantly, in the year 2015, the Mars Reconnaissance Orbiter saw wet sand slipping from the high mountains of Mars and changing its shape. It was then speculated that it might be due to the flow of water, but when examined through the High-Resolution Imaging Science Experiment, it was revealed that it is dry sand, which constantly changes its shape due to strong wind.

Apart from this, the possibility of liquid water on Mars is also being ruled out because it is so cold on Mars that water cannot exist in liquid form there. The study was published in Geophysical Research Letters.

It is noteworthy that India’s ‘ Mangalyaan Mission’ has also made many achievements in this direction. The ‘Mars Color Camera’ (MCC) aboard the Mangalyaan (Mars Orbiter Mission) of the Indian Space Research Organization (ISRO) has taken a picture of Mars’ largest moon ‘Phobos’.

In this picture, huge craters formed by the collision of celestial bodies with Phobos in the past are also visible. These are Slovski, Roche, and Grildrig. A photograph of Mars taken by Mangalyaan has been made the cover photo of the famous international magazine National Geographic Magazine.