The Origin of the Brain: Is the Brain Interested in Its Own Death? 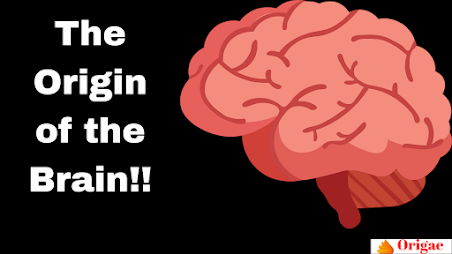 It is not true that human beings are the only living beings on earth who have the gift of being God-given and self-aware. Rather he has developed a very amazing device ‘brain’ by which he thinks, remembers, and has a wonderful understanding of imagination and a divine vision of deep memory.

With the help of this mind, man has made many discoveries for his pleasure, for living in comfort, for education. This wonderful brain is a valuable gift given by nature to man.

Without the help of the brain, man could not survive in the period of early human origin only on the surface of the earth, because nature was very cruel, violent and aggressive. Every living being here had to struggle to survive. There were challenges to keep myself safe.

Humans were more successful in surviving as a species than other creatures, because humans had an imaginative brain. It is not that the brain was not possessed by other living beings, but not as developed as the human brain, because for millions and millions of years we are seeing that the brain of animals and birds, animals and animals is still the same as it was before. .

Today , on the strength of human mind and imagination, where has he reached and has been successful in dealing with difficult situations. There were dire challenges to survive and protect oneself.

The human received a reliable object in the brain. That is knowing oneself. In which memory is a wonderful gift, which was helpful in remembering experiences and refining oneself.

Smriti was not only helpful for life in difficult circumstances, but it also played an important role in the progress of man. Many beings are not able to keep themselves alive, because they cannot think, cannot remember. They are not able to compromise with the conditions like humans, so many species became extinct.

Human beings have survived as a species through their ability to think, remember and recognize. He was successful. The mind was not only able to keep itself alive with memory and intelligence and in times of disaster, but also created the world with its rational thinking

Man has now come close to being very clever, because he has acquired a lot of knowledge of the forces and elements of nature. From this cleverness developed such a mind of his, which is clever. Expert in accounting, imagination is a powerful investigator.

What Nature Says About It.

But right now the human mind is trying to rule over nature, give it directions. Let me establish my dominion over him. Through this constant struggle to survive, we have reached a point where the brain has become very powerful.

Rather, the human species no longer needed to be afraid. Anyway there have been no such challenges for basic living. Yes, the fear of destruction and death is still with man and this fear drives the person to move forward and the person starts to become self-centred and such self-centeredness is the contraction of life energy and they are the defensive devices used by the man. , which protects him from the dangers around him.

In the deep layers of memory and in the bone marrow lies the human’s inherent sense of self-defense, as the experience of his growing influences with other aggressive humans, ferocious wild animals and ruthless nature is still entrenched in a deep spectrum of emotions. Yes, there is no doubt about how we live as a species.

What is the process and purpose of such a mind today? We see that the mind is still driving the heritability of the entire human species. The passivity of our past experience is persistent and the habitual mechanism of our brain is very strong. It is very difficult to change its structure and get rid of the natural tendency and it is fully developed with time.

It is a crystallized structure and is like a biological fossil in nature, so there is a struggle going on in the brain right now. Between the passivity of the past and the desire for change. The desire for more peace, the desire for creativity and the rest.

Now a conflict has arisen between the old and the new vision. The problem is how to discover the quality we call peace. Love and Creativity.

The person has become much more secure and worry free now. He is naturally interested in discovering her artistic potential. Can the mind create or experience such artistic potential? The brain had to struggle a lot to get them.

After them there were divisions, conflicts, conflicts and new problems. The conflict itself hindered the experience of peace. It’s a wonder. Then there was the confusion of the brain, which is a continuous sequence of the old mind.

What new, what is original, has been discovered so far? It’s always changing. The mind is the result of our past and the present is an erupting of energy in the form of peace and love. That too when the energy is full in the present.

Can one experience love and creativity? The past and the mind cannot meet in the present. Is it possible to free the mind itself from its inertia?

Can the mind break free from its structure itself? The disagreement of the mind is the reality. Is the mind ready for its own demise?

Introspect and find. Watch carefully that the mind can deceive you. You will end up in conflict, conflict. So one must be clear about what the mind is doing?

If you really want to experience love, peace and joy, you cannot have it with thought-processing. You have to choose one of these in which you will not make a mistake.

You will not be able to guess more or less about anyone. You will be ready to travel with understanding and a clear vision. Only then will you enter the inner being, where the qualities like love, peace, conscience are inherent.

Finding truth and love is an exciting journey. It is like swimming in the opposite direction of the currents of established social beliefs, principles, traditions and desired dreams of the mind. You cannot achieve it simply by wishing, worshiping or chanting, praying.

You have to make your own way in this ocean of life. You yourself have to be prepared for this unknown journey. Where there are no way signs, no guides. You have to start this journey on your own. You have to choose your own lonely path, where your footprint will be your way.

Life is a journey. Pilgrimage on this unknown ocean of eternity. You have to be ready at all times. Up to the challenge that comes from anywhere, anytime. Without complaining, without resistance, you have to accept the sufferings you will face during this journey. There will be no one to listen to any complaint.

Accepting your life as it is is the beginning of life. You have to start without thinking of the end. You have no idea where this journey will take you.

This journey has neither purpose nor destination. You get started and stick with it, stay connected. This is the Truth, the Complete, the Reality, the Eternal.

In the beginning lies the end and in every end there is an opportunity for a new beginning. A thoughtless life is the complete mystery. The beginning of the emergence of eternal existence.