Team India got a new coach: Rahul Dravid will be a coach from T20 World Cup till 2023 World Cup 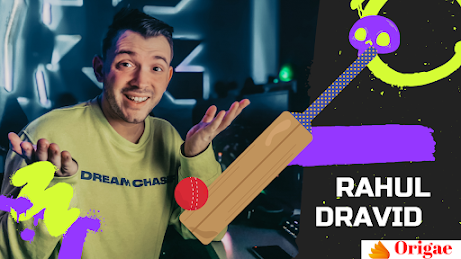 Former India legend Rahul Dravid will now be the coach of the Indian cricket team. He will join the team after the T20 World Cup. According to the news published in the Times of India, Dravid agreed to be the coach during the IPL final on Friday.

In Dubai, BCCI President Sourav Ganguly and Secretary Jay Shah held a meeting with Dravid and asked him to join the team after the T20 World Cup.

Rahul Dravid will be the new coach.

At the same time, Paras Mhambrey, who has been working with Dravid for many years, has been appointed as the bowling coach. He will replace Bharat Arun as part of the team. Fielding coach R. No decision has been taken on Sridhar’s replacement.

At the same time, Vikram Rathor will remain the batting coach of the team. Dravid was the coach of Team India on the tour of Sri Lanka a few days ago.

Shastri will not be there after the T20 World

Cup, after the T20 World Cup, Shastri will be

accompanied by bowling coach Bharat Arun and fielding coach R. Sridhar’s term is coming to an end. Ravi Shastri is the coach of Team India since 2017. His contract was extended in 2019. Between Ravi Shastri and Virat, Team India has performed brilliantly on foreign soil in Tests.

On the tour of Australia, the team won the series by defeating Australia. At the same time, England was ahead 2-1 in the five-Test series on the tour. The team also reached the finals of the World Test Championship held for the first time. However, the team had to face defeat from New Zealand.