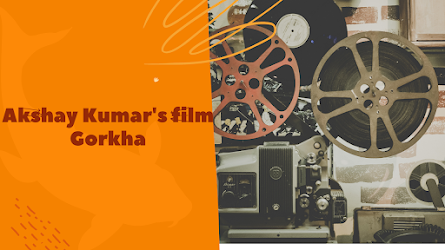 After Atrangi Re and Raksha Bandhan, the first look poster of Akshay Kumar and Aanand L Rai’s third film Gorkha is out. It is based on the life of Major General Ian Cardozo, a legendary officer of the Indian Army’s Gorkha Regiment 5th Gorkha Rifles.

The film will be directed by National Award winner Sanjay Puran Singh Chauhan. Talking about Ian Corderozo, he fought in the wars of 1962, 1965, and especially in the Indo-Pakistani War of 1971.

Akshay shared the poster Sharing the

first, look at the poster on the occasion of Dussehra, Akshay wrote, “Sometimes you come across stories that are so inspiring that you want to make them. Gurkha – The great war hero is one such film on the life of Major General Ian Cardozo. Feel honored to play the role of an icon and present this specialfilm.

Major General Ian Cardozo (Ati-Vishisht Sena Medal, Sena Medal) has said that – “I am honored to bring this story to the fore on the 50th anniversary of the 1971 war. It is a reminder of the courage and sacrifice of the Armed Forces of India.

I am looking forward to working with Aanand and Akshay as they are bringing it live. This story reflects the values ​​and spirit of every officer of the Indian Army.”