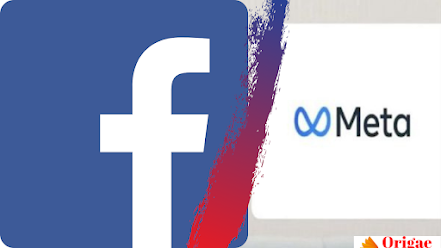 Facebook New Name Meta: As expected, Facebook founder Mark Zuckerberg has announced to change the name of Facebook at the Connect conference. The new name of the company will be META. On this occasion, Zuckerberg has also launched the logo of Meta. Which is in blue color only.

Now the question arises that when Zuckerberg has a big brand like Facebook and social media apps like WhatsApp, Instagram with it, why did he need to change his name. In fact, the answer to Zuckerberg’s new move lies in the question itself.

Zuckerberg and his team are now looking to rapidly move on to the new world of the Internet. In such a situation, he does not want to identify his company only as a social media platform. That’s why the name of the company has been changed to Meta. Which is a Greek word. Which means beyond the present time.

What does Zuckerberg want to do?

During the Connect conference, Zuckerberg said of the reason for the name change, “Right now, our brand is so strongly tied to one product that it probably doesn’t represent everything we are doing today, so the future I would be far from doing so. Over time, I hope that we will be seen as a metaverse company and I want to link my work and my identity to what we are doing.

Zuckerberg further elaborated in his letter that in recent decades, technology has given people the power to express themselves more naturally. When I started Facebook, we used to type text on most websites. When we got phones with cameras, the internet became more visual and mobile.

As internet speeds got faster, the video became a better way to share experiences. We have moved from desktop to web and then to mobile. From text to photo to video. But this is not the end. The next platform will be very different. One such internet platform is what we call the metaverse.

So what is the Metaverse

The metaverse that Zuckerberg is talking about will be a world of virtual worlds, where people will experience the real world using virtual reality. It can be explained in such a way that you will be able to shop from any shop sitting at your home. Meaning such a virtual world will be created in front of you, that you will feel that you have actually come to the shop after shopping.

But in reality, you will be at your home. That is, the metaverse will be such a world of the Internet, where people sitting hundreds of kilometers away will also feel the touch. Meaning the feeling of distance will be completely gone.

Facebook has explained the Metaverse in its blog, writing, through the Metaverse, you will be able to roam, work, play, learn, shop, and much more with friends sitting far away. It’s more about making the time you spend in the online world more meaningful than about spending more time online.

In the Metaverse, you’ll be able to get into the office without traveling, attending concerts with friends, and talking to your parents from a distance. It doesn’t matter from what distance you are doing all this.

When can the metaverse come

The Metaverse will be the new world of virtual reality. Which will be a completely 3D world of the Internet. It will take time to make it completely user-friendly. There will be participation from software, hardware to banking, telecom companies, etc. Which will create a complete ecosystem for this. Only after that, it will be usable. Zuckerberg has announced an investment of $150 million on training to invest in Metaverse technology to coincide with the company’s renaming.

Zuckerberg realizes that Metaverse will raise data privacy concerns. That’s why the company has written in its blog how we can build technology keeping in mind the privacy and security of data while reducing the amount of data used. Also working on giving people transparency and control over their data.

This question will arise because, in today’s 4G world, data privacy has become a big issue from social media, the use of WhatsApp to financial transactions, etc. In the metaverse, tech companies will be more intrusive into your life. Then questions will arise. Well, Facebook and other companies will have to answer this.