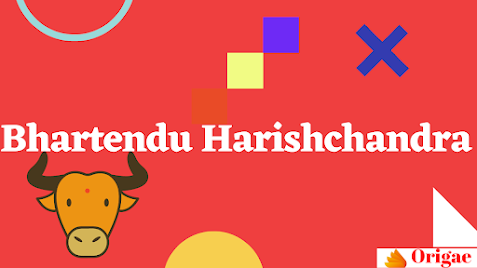 Bhartendu Harishchandra was rich in extraordinary talent. An entire era of journalism is recognized by his name. In this era, not only were his brilliant works created but after getting inspiration and encouragement from him, a chain of many self-proclaimed journalists and writers was prepared.

Bharatendu himself was a writer, poet, journalist, editor, essayist, playwright, satirist, and skilled speaker. The entire era that was exposed to his talent was called the golden age of journalism. In this era, new experiments, new writings, and new styles got a lot of encouragement.

Hardly anyone would believe that the very talented Bharatendu passed away in just 35 years. But the brilliance of his creation, created in a short time, remains intact even today.

Born on 9 September 1850 to businessman Gopalchand, Harishchandra had a struggling childhood. At the age of 5, the mother died. After marriage, the wife also remained unwell.

Even immense wealth could not give him creative satisfaction and happiness of mind. As a result, he made up for the lack of love by robbing his property.

How can a person who has creativity and brilliance easily lead a life of luxury? He said-

This property-money-wealth ate my ancestors, now I will eat it.’

Danveer was such that he plundered his property with both hands. Even when there was nothing left, he did not disappoint any borrower.

In the magazines and magazines published by him, the satirist sitting inside is very skillfully articulated. Publications like Harishchandra Chandrika, Kavivachan Sudha, Harishchandra Magazine, Stree Bala Bodhini show his thoughtful and progressive editorial approach.

Whether it is a matter of affection for the mother tongue or Holi of foreign clothes. Many years before the leaders of the modern era, Bhartendu had played its bugle. Watch a song –

‘My language is progress

the root of my progress

Don’t let it go away

See the example of his progressive thinking that in those days he brought out the magazine ‘Stree Bala Bodhini’ for women and the women studying English were presented with sarees from the magazine. This magazine was presented in those days as women’s friends. Watch a hallmark of the first issue-

I ask you guys with folded hands and open my lap that whoever I say good or bad, hard or soft, bad or untoward, take it as my own and forgive me because whatever I say, I will say for your benefit.’

It is obvious that Harishchandra wanted to make the women of India aware through the magazine. Bharatendu’s patriotism is visible in his essays and plays.

See the irony that the poet Vachan Sudha, whom Bhartendu watered with his blood for eight years, when Bhartendu died in 1885, neither his condolence news was published nor his tribute was paid.

Bhartendu was deceived by his own, but like an innocent child, he never stopped believing. It will not be an exaggeration if he is called the harbinger of the Hindi renaissance. Travel lover-education lover and writing lover, this wonderful personality is fondly remembered by the literary world.