Ashwathama: Whose son was Ashwatthama who survived alive in Mahabharata? 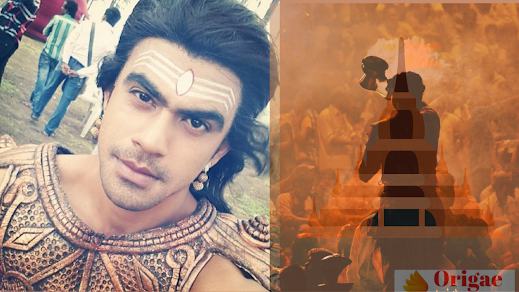 Ashwatthama was born in the Mahabharata period i.e. Dwaparayuga. He was counted among the best warriors of that era. He was the son of Guru Dronacharya and the nephew of Rajguru Kripacharya of the Kuru dynasty.

Ashwatthama was born in the Mahabharata period i.e. Dwaparayuga. He was counted among the best warriors of that era. He was the son of Guru Dronacharya and the nephew of Rajguru Kripacharya of the Kuru dynasty.

It was Dronacharya who made Kauravas and Pandavas proficient in weaponry. During the war of Mahabharata, Guru Drona, due to allegiance to the kingdom of Hastinapur, considered it appropriate to support the Kauravas.

Like his father, Ashwatthama was also proficient in Shastra and weaponry. The Pandavas’ army was torn apart during the war of Mahabharata by the father-son duo. Seeing the Pandava army discouraged, Shri Krishna asked Yudhishthira to resort to diplomacy to kill Dronacharya.

Under this plan, it was spread on the battlefield that Ashwatthama had been killed. When Dronacharya wanted to know the truth of Ashwatthama’s death from Dharmaraja Yudhishthira, Yudhishthira replied that ‘Ashwathama Hato Naro VA kunjaro van (Ashwathama is killed, but I don’t know whether he was a male or an elephant).

Hearing this, Guru Drona’s son renounced his arms and sat on the battlefield, and taking advantage of that opportunity, Dhrishtadyumna, the son of the Panchala king Drupada killed him.

The death of his father disturbed Ashwatthama. After the Mahabharata war, when Ashwatthama killed the Pandava sons to avenge the death of his father and to kill the son of Abhimanyu, Parikshit, who was born in Uttara’s womb, for the complete destruction of the Pandava dynasty, then Lord Shri Krishna After protecting Parikshit, he took out the gem on Ashwatthama’s forehead as a punishment, made him sharp and cursed him to wander for ages.

It is said that apart from Asirgarh, Ashwatthama also wanders on the banks of ‘Gaurighat’ (Narmada river) of Jabalpur city of Madhya Pradesh. According to local residents, sometimes they also ask for turmeric and oil to stop the bleeding from their forehead wounds.

The secret of Birth: Ashwatthama was born to Drona, the son of Bharadwaja Rishi. His mother was Kripi, the daughter of sage Sharadwan. The gotra of Dronacharya was Angira. Drona, who was doing penance, married Kripi on the orders of the ancestors to have children. Kripi was also very religious, gentle, and ascetic. Both were from wealthy families.

Drona’s life changed: After the birth of Ashwatthama, Drona’s financial condition deteriorated. There was nothing left to eat in the house. Poverty came. To overcome this poverty, Drona went to Parashuramji’s ashram to get an education.

When Drona returned from the ashram, there was not even a cow in the house. Seeing the other Rishi Kumars drinking milk, Ashwatthama used to cry for milk, and one day Drona saw that Rishi Kumar had made rice flour solution and gave it to Ashwatthama and the innocent child (Ashwathama) was getting happy saying ‘I drank milk’. Is. Seeing this, Drona felt ashamed of himself.

From this, it is proved that Ashwatthama spent his childhood eating and drinking like this. There was not even milk for them to drink at home. But when he lived among his friends, he used to tell lies that I took the milk.

Insult of father: When the father saw this condition of the child Ashwatthama, he considered himself guilty of it and wandered from place to place for arranging a cow for him, but he did not find any cow in charity. In the end, he thought why not go to his childhood friend King Drupada.

He reached the court of King Drupada with his son Ashwatthama. In the court of King Drupada, the child Ashwatthama had seen the contempt of the father and must have seen his helplessness and cruel irony that even the knower of weaponry is humiliated by the intoxicated person in power. What must have happened to Ashwathama’s child when his father was thrown out of there.

Ashwatthama became teacher and king: Drona came from Panchala kingdom to Hastinapur in Kuru kingdom with Ashwatthama and there he started teaching bow and arrow to Kuru Kumars. There he used to teach Kripa Shastra. Ashwatthama also started helping his father in this work. He also taught arrow learning to the Kurus.

Now Drona was the best teacher in India. In the Kuru kingdom, he had full respect from Bhishma, Dhritarashtra, Vidura, etc., so the days of scarcity were gone.

Ashwatthama is well versed in all disciplines: Ashwatthama was made gold by burning in the fire of struggle for life. He received the knowledge of Dhanurveda from the great father Dronacharya. Drona had told all the secrets of Dhanurveda to Ashwatthama.

He had perfected all Divyastra, Agneya, Varunastra, Parjanyastra, Vayavyastra, Brahmastra, Narayanastra, Brahmashir, etc. He also became an archer of the rank of Drona, Bhishma, and Parashurama. Kripa, Arjuna, and Karna were also not superior to him. Narayanastra was one such weapon

Whose knowledge was not known to any other warrior of Mahabharata except Drona? It was a terrible weapon.

No one had any doubts about Ashwatthama’s brahmtej, valor, patience, titiksha, weaponry, ethics, intelligence. The masters of both sides were aware of his power. All the prominent people of the Mahabharata period were admirers of Ashwatthama’s strength, intelligence, and modesty.

Bhishma, while counting the chariots and attendees, praises King Duryodhana about Ashwatthama about him, but he also tells the demerits of Ashwatthama. There was no other fearless warrior like him on the Kaurava side.